Brownwood High School (BHS) held the induction ceremony for the Eisenhower Chapter of the National Honor Society on Monday, November 18.  Parents and family gathered in the Dorothy McIntosh Fine Arts Center Auditorium at Brownwood High School to watch as 48 new members were inducted during the ceremony which featured Coggin Avenue Baptist Church Student Pastor, Ricky Cavitt, as the guest speaker. 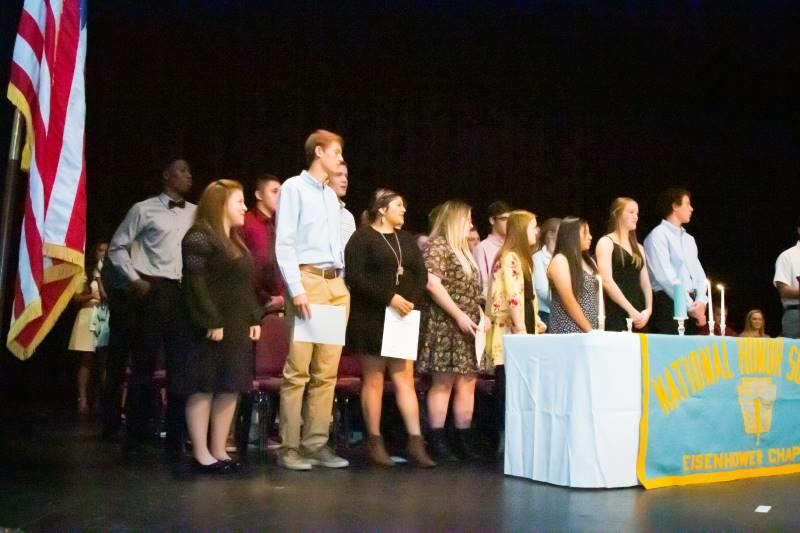 Above: New members are inducted into the Eisenhower Chapter of the National Honor Society. 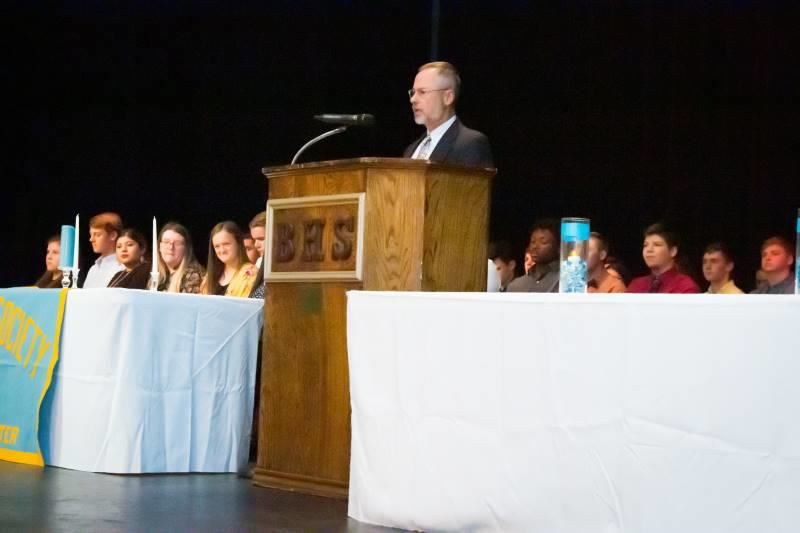