Overcoming the Odds On and Off the Court: Mallory Garcia

“She’s really gone through a lot of grief and adversity. To overcome it like she has, and to be at the point where she is, that’s saying something about her. I always knew she was a special kid, but if you look at what she’s gone through and where she is now, you can tell she is that special person.” Brownwood High School Girls Athletic Coordinator Heather Hohertz has worked with countless students throughout her eleven years at Brownwood High School, and senior Mallory Garcia has made a lasting impact. “I first got to know Mallory when she was in fourth grade; she became my water girl, and she was my water girl throughout eighth grade,” Hohertz said. “I coached her team when she was in sixth grade, and I just kind of took her under my wing because we are neighbors.” As the head basketball coach, Hohertz has worked with Garcia all four years at BHS and has seen her first days on the campus, as well as these final weeks leading to graduation. A Brownwood native, Garcia puts in countless hours on the basketball court, the golf course, and in the classroom. She has maintained a high grade point average and received numerous academic awards, along with multiple athletic awards. “She’s one of those hard workers,” Hohertz said. “Very well-mannered, does what you ask, and does it at 100%. She’s a great young lady who’s an athlete and a student at the same time.”

Garcia’s records stand on their own merit. All four years at BHS she was a varsity starter on the basketball team. She earned 2015-16 New-Comer of the year, 2016-17 Offensive MVP, 1st team All District, 2016 Regional Semi-finals Team, 2017 District Champions Team, 2014-19 Texas Association of Basketball Coaches 4A Region 1 - All Region, TGCA All State (2018-19), TGCA Academic All State. Her golf accomplishments are exemplary as well, earning 2016 Regional Qualifying Team, 2019 Individual District Champion, and 2019 State Qualifier. “I have played basketball since I was in first or second grade,” Garcia said. “Picked it up here and there. I play point guard and shooting guard. My favorite is probably shooting guard.” When she’s not on the basketball court, she’s practicing golf skills or going about her life. “During basketball season, I go to school, I usually stay and shoot after athletics, then I go pick up some kids, drop them off at home, come back up to the school, and practice. Then I get home around 5:30-5:45 and then if there’s homework, gotta do homework, then go to bed pretty early during the season.” Her focus has been on the long game; she has been accepted to Howard Payne University and will be playing basketball there. While Garcia’s list of accomplishments has continued to expand, what shines even more brightly is the fact that she has overcome many difficulties in her personal life. “She’s gone through a lot of adversity,” Hohertz said. “Her grandma died in her sixth-grade year, her dad was killed in a car wreck in her ninth-grade year, and then her grandpa died her junior year.” Amidst great loss, Garcia persisted.

“My dad got me started in both [basketball and golf],” Garcia said. “He coached me—he’s always been my mentor. I started golf my eighth-grade summer and got my clubs that Christmas. He taught me everything I know about golf. Golf, mainly, I do for my dad. Golf is where it’s at, so I stuck with it.” The two sports which have elicited Garcia’s interests have given her accountability, encouragement, and a support system. Playing on the varsity basketball team during her freshman year, her teammates and coach drew her in. “My teammates were awesome,” Garcia said. “They still are. They kept me busy, and my coach was a really big help. Basketball, that’s what got me through.” One of the advantages of living in a close-knit community is not only having her coach as a neighbor, but also having her coach as a friend. “I just told the team, ‘Hey, she needs you; right now she needs her other family’,” Hohertz said. “That year we went to a tournament six hours away, and they really helped her get through it; they helped define how she overcame that. She defied the odds by dealing with that in the middle of the season and continuing to have the success she did.” Four years ago, the girls pulled together in a unified front as the first team to make it to the regional tournament. As Garcia recalled the time, the combination of wins and losses proved itself simply to be life as she knew it. “It was a big challenge to overcome, and I don’t think I’ve really overcome it; I’ve just dealt with it,” Garcia said. “Every day, every year, that’s just the challenge that you have to face when you wake up... When you are around family you get emotional and sad, and I’m not an emotional person, so being around my team just kept my mind off things.” Perhaps her mind was not only engaged, but even more committed to pursuing her passion and capabilities after her freshman year. Since then she has continued her efforts to become a reliable teammate and responsible student, with the help of a community which has rallied around their own. “The office staff in general would come over to my house, check on us, bring us stuff, and even my teachers would come over and check on us,” Garcia said. “Miss Soto, she’s always been there checking on me, making sure I was okay. Even to this day, we talk. Coach Hohertz is my neighbor, and we have had a close relationship on and off the court. My brother is one who—when I look back at it all—he’s probably the strongest person I know. He’s dealt with it all, he’s been so successful through everything that has happened and I think that’s what drives me some days, is looking up to him, seeing how successful he has been. He’s more than a brother; he’s my best friend.”

“All-state is an individual honor,” Hohertz said. “I nominated [Garcia]. The committee in the Texas Girls Coaches Association (TGCA) meet and select the top forty in 4A. She was in the top forty in 4A the last two years. You have to have pretty good basketball skills. She averaged double digits every year and she increased that every year. You know, fifteen or sixteen points a game. Leading your team in steals, being up there in rebounds, high in stats, she was that year in and year out. All-state is what you have done for your team, stats for your team, and how well your team did.” The drills on and off the court provided time for Garcia to prove to herself who she could be. “I see why I started in the first place,” Garcia said. “Why did I put in all the time? Why did I put in all the practices, extra workouts, extra shooting drills? Waking up every day, wanting to make my dad proud, doing what he would want to see me do, putting a smile on my face every day, going through the day, treating others how he would treat people, and following his footsteps. I think that’s what gets me through the day and motivates me to do what I do.”

Basketball and golf will be the immediate future for Garcia, as well as the HPU campus. She will be starting school in the fall and preparing for a nursing degree. “I like helping people, and seeing something new every day,” Garcia said. The skills and habits she has acquired over the last four years will accompany this new path. “She is a leader by example,” Hohertz said. “The way she holds herself accountable, and the choices she makes. Just an overall good kid. She is currently the second leading scorer in program history. She started for me for four years, so she’s won about every award you can win as an individual. What she’s done to the program and the mark she has left on the program—you want kids like that to come in and leave the program better than they found it. And she has done that.” 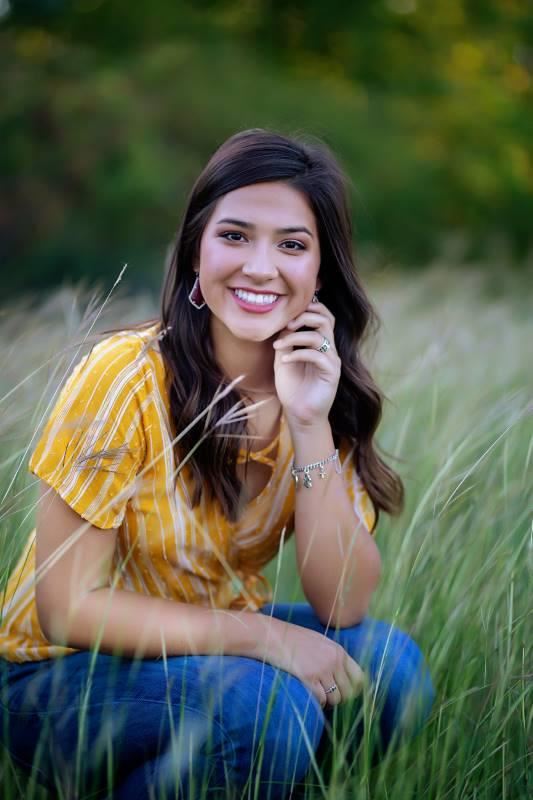