The Woodland Heights Green Team was created at the beginning of the 2008 – 2009 school year by Jordan Roberts, a recent graduate of BHS.  The team consisted of fewer than 10 - 12 kids and collected around 2000-3000 pounds the first few years.

The original team developed an application process, complete with a job-like application and essay questions. In addition, applicants were required to obtain three references attesting to a strong solid character. Part of the “job” requirements included passing grades in all subjects and a strong work ethic, along with honor and integrity demonstrated in all areas: the classroom, playground, and outside activities.

Beginning on Tuesday afternoons after school, the Green Team was divided into five smaller teams assigned to various areas of the building. “Each team has a leader that serves in that capacity for four weeks at a time,” stated school counselor and Green Team coordinator Kimber Bennet. “The teams meet at the start time, receive their assignments, and then get to work.”

Members learn about working as a team, leadership, and how leaders function within a team unit, including how to problem solve and resolve conflicts. After working their assigned areas, the teams collect and sort the recycling before loading it in the trailer provided by the City of Brownwood. At the end of the session, everyone meets to review the work process to review areas where the teams worked well together and areas that might need to improve to make the process better the next week.

The Green Team has crossed several hurdles during the last two school years. “The 2019 – 2020 school year brought us COVID, and when we were shut down, we had 33,680 pounds, far short of our normal 50,000-pound goal,” noted Bennett. “The Green Team, parents of the Green Team, several businesses, former Woodland Heights students, and volunteers stepped up and went into overdrive to collect the recycling, and we ended the school year with 50,014 pounds!”

Following the COVID-19 shutdown and response, this year brought about additional changes to the Green Team. The team now meets on Friday afternoons to collect and sort the recycling and Tuesday mornings at 7:20 am to load the trailer.

Green Team goals and results for the last nine years:

“We celebrated our thirteenth year of recycling and have achieved more than our team ever thought feasible in our thirteen years of existence. Thank you, Woodland Heights and Brownwood, for all of your support,” stated Bennett. “We would like to thank the BHS Environmental Class, Nathan’s Jewelers, Mr. David Thompson, Gate One Inn, Mr. Prahu, BISD Central Support Center, BISD, Mr. Stan Pachall, Triple T, Scott Swanzy, BHS, Painter, and Johnson Financial, Bridget and Jonathon Jones, Chick-fil-A, and the Woodland Heights Neighborhood Association for all their support and collection of recycling materials to help us reach our goals!”

“A big shout out to Rylah and Cooper Morgan, Christian Chambers, Cally Bell, and Kannon Vogt,” added Bennett. “These students helped in a big way with the end of recycling for the 2019-2020 school year. They picked up recycling, shredded paper, and hauled an entire cattle trailer full of shredded paper to finish off our 2019 – 2020 school year. These same students helped us start the 2020 -2021 school year with several thousand pounds of recyclables collected and turned in for the weight.”

“Mrs. Jennifer Fris, from the City of Brownwood, has been a guide and patiently answered all of our questions,” noted Bennet. “She posts our weight totals weekly after the Recycling Center collects the trailer and weighs all that has been collected.”

The Green Team will be back up and running at the beginning of the 2021-2022 school year, and the goal will be even higher. The recycling trailer will be on the Woodland Heights Elementary campus during school, each Monday, beginning at 4:00 pm through Tuesday at 4:00 pm. 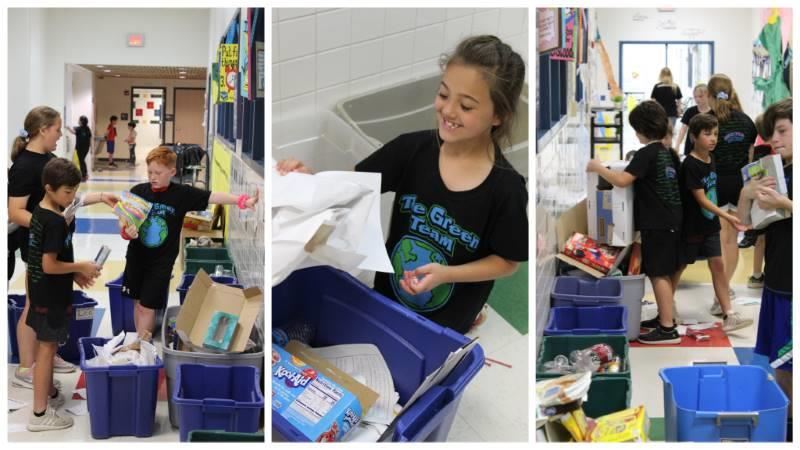 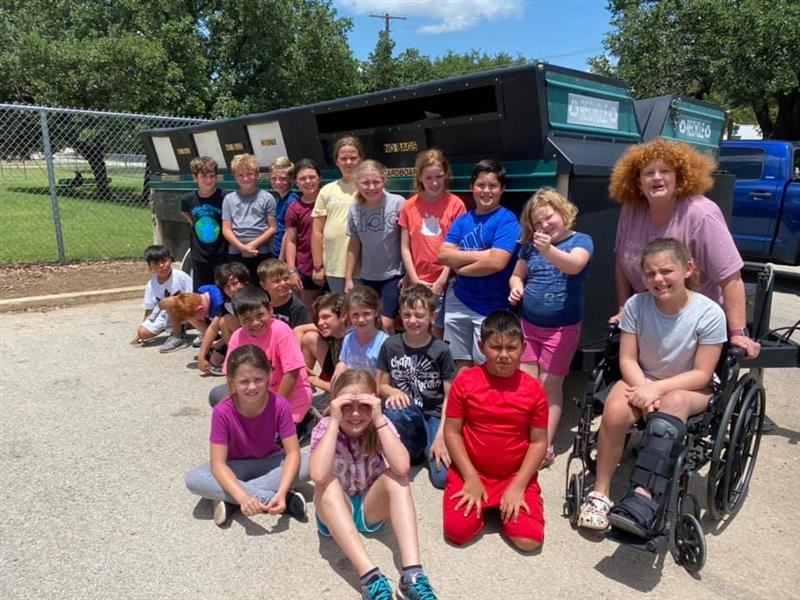