On Monday, October 3, Congressman August Pfluger, representing the 11th District of Texas, made a visit to Brownwood’s East Elementary School. Pfluger congratulated the teachers and staff for the recent National Blue Ribbon award and presented the school with a U.S. flag that had been flown over the United States Capitol in Washington, D.C. East Principal, Christi Burks, and former East Principal (now Northwest Elementary Principal), Dee Dee Wright, joined additional staff members for the presentation. In addition, the Congressman brought several books from the Library of Congress that were donated to the school’s library.

Students from Mr. Adams’ and Mrs. Jensen’s fifth-grade classes recited the National Anthem and were able to visit and ask the congressman questions regarding the constitution. East students asked a variety of questions and learned about the process of passing a bill, voting, and confirmed that there really is a bowling alley at the White House. Congressman Pfluger also handed out pocket constitutions for each of the students to keep.

East Elementary School was recently listed among 31 Texas schools recognized as National Blue Ribbon Schools for 2022. The award is given by the U.S. Department of Education, and it is based on a school’s overall academic performance or progress in closing achievement gaps. 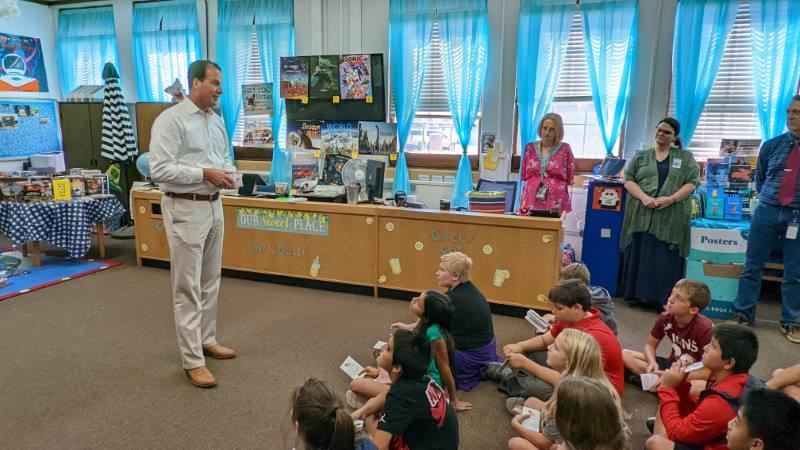 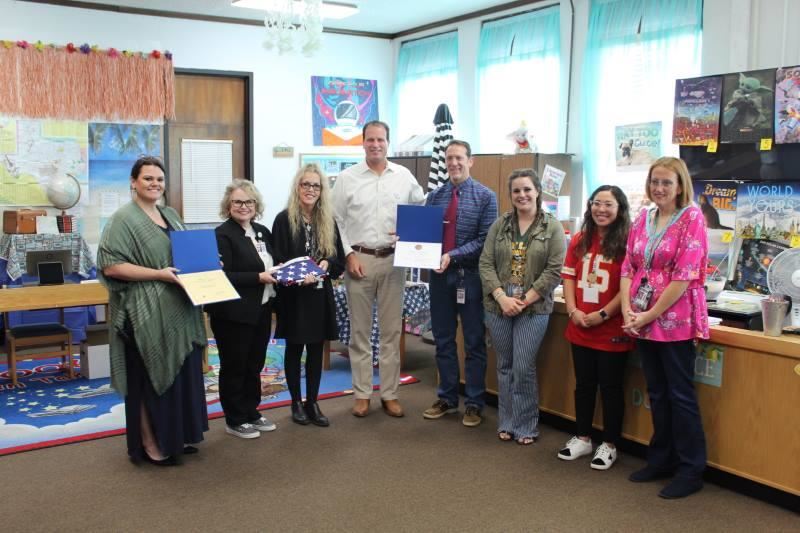 Above: East Elementary staff accept the flag flown over the Capitol presented by Congressman August Pfluger. 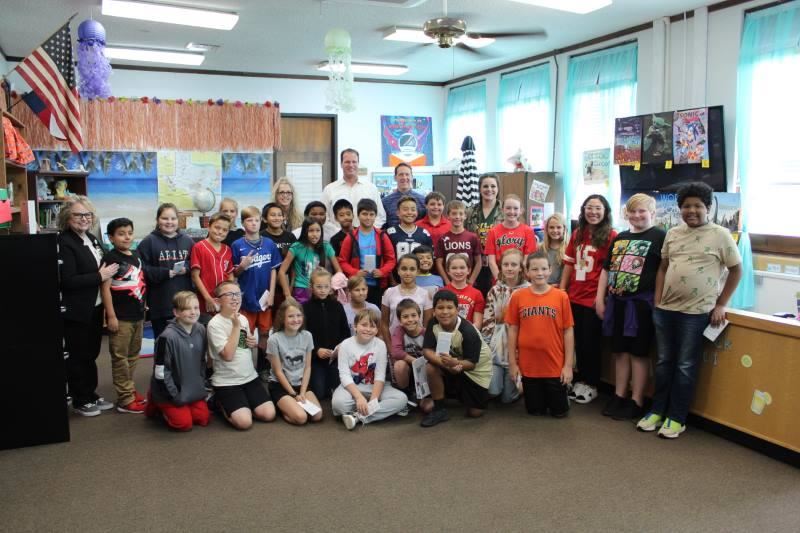 Above: East Elementary students and staff pose for a photo with Texas Congressman August Pfluger.

Public Notice: It is the policy of Brownwood I.S.D. not to discriminate on the basis of race, color, national origin, sex, handicap, or age in its employment practices as required by Title VI of the Civil Rights Act of 1964, as amended; Title IX of the Education Amendments of 1972; the Age Discrimination Act of 1975, as amended; and section 504 if the Rehabilitation Act of 1973, as amended.
Copyright © 2002-2023 Blackboard, Inc. All rights reserved.