The toss was won by the Clean Up Crew and they chose to kick. Following the kickoff both teams had a possession, but failed to score. A few plays later, Cobe Walker nailed a pass to Caleb Modawell and he took it to the house for a touchdown. With the 2-point conversion no good, oblivion was in the lead 6-0.

With a little kick-start and an interception by Treyvel Williams, the Clean Up Crew answered back with a short gain by Aiden Pena followed by a touchdown by Treyvel Williams thrown by Austin Pittman. The 2-point conversion was no good and left the score tied up at 6-6. It didn’t take much time for Oblivion to answer with a play that ended in a huge gain by Caleb Modawell.  On the following play Cobe Walker handed off to Jack Field for a big run that gave Oblivion their 2nd score. After a successful 2-point conversion by Kaleb Grabast, the score was 14-6 with Oblivion in the lead.

During the next Clean Up Crew possession, Austin Pittman connected to Treyvel Williams for a touchdown and they followed up with a good 2-point conversion by Ryan Bastardo. Once again, the score was tied, this time 14-14.

Just before the half, Oblivion made another run with a Jack Field rush for a touchdown which he followed up by also scoring the 2-point conversion.

The halftime score left Oblivion leading the Clean Up Crew, 22-14.

In the second half, Oblivion kicked off to the Clean Up Crew. Oblivion held them and scored quickly from a Cobe Walker pass to Caleb Modawell. Braedon Stacks secured a successful 2-point conversion further increasing Oblivion’s lead to 30-14. Continuing their defensive stands, Oblivion ends up with the ball again and handed off to Preston Lawson for a touchdown. The following 2-point conversion attempt was unsuccessful, but Oblivion’s lead was now widened to 36-14.

Oblivion then pulled off quite a surprise with a Cobe Walker onside kick which he successfully recovered himself. Only a few plays later, Cobe connected to Kaleb Grabast for another Oblivion touchdown. The subsequent 2-point conversion was made good by Eric Waldrop. Oblivion was certainly living up to their name with a 44-14 lead at this point in the game.

“What a great game,” said Coggin Intermediate School Coach, Brandon Brown speaking to players on each team. “What an awesome season!” 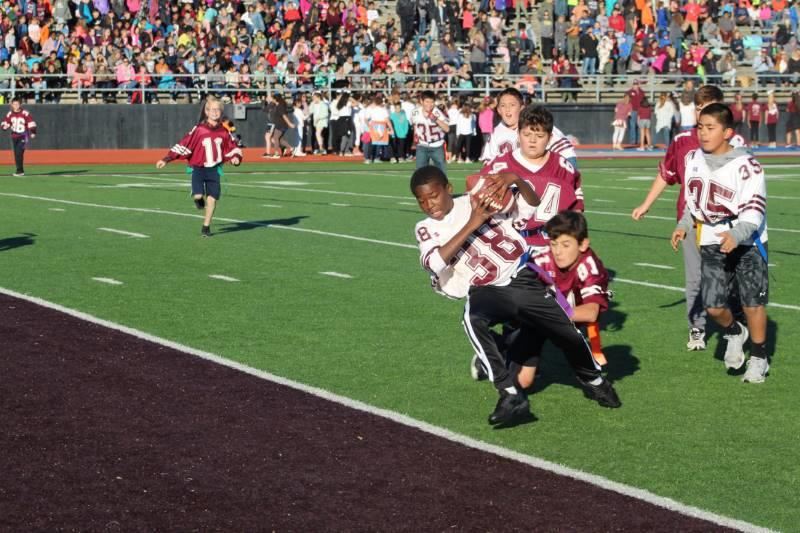 Above: Treyvel Williams takes the ball to the endzone for a Clean Up Crew touchdown. 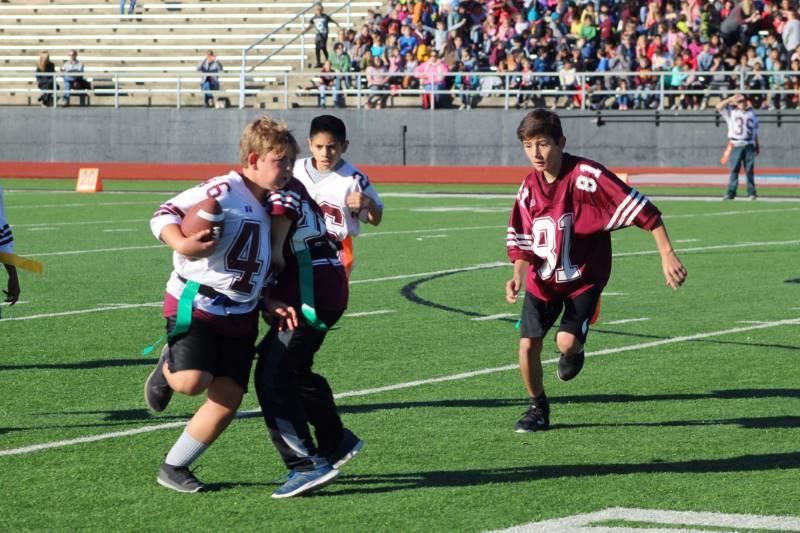 Above: Nolan Stearns makes his way downfield during a run. 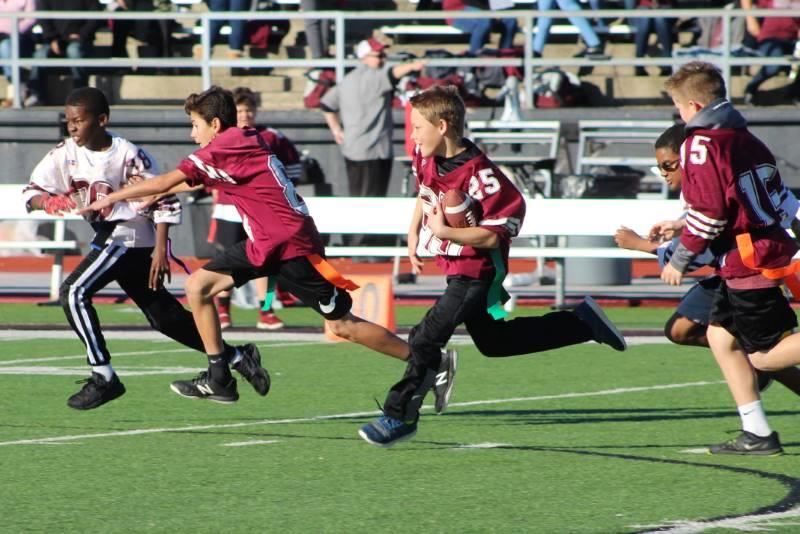 Above: Preston Lawson sets his sights downfield during a run. 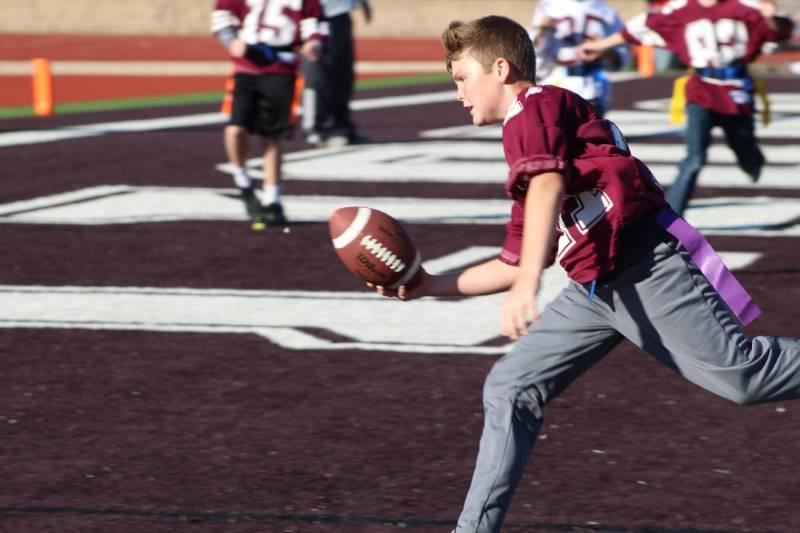 Above: Cobe Walker stretches into the endzone to score for Oblivion. 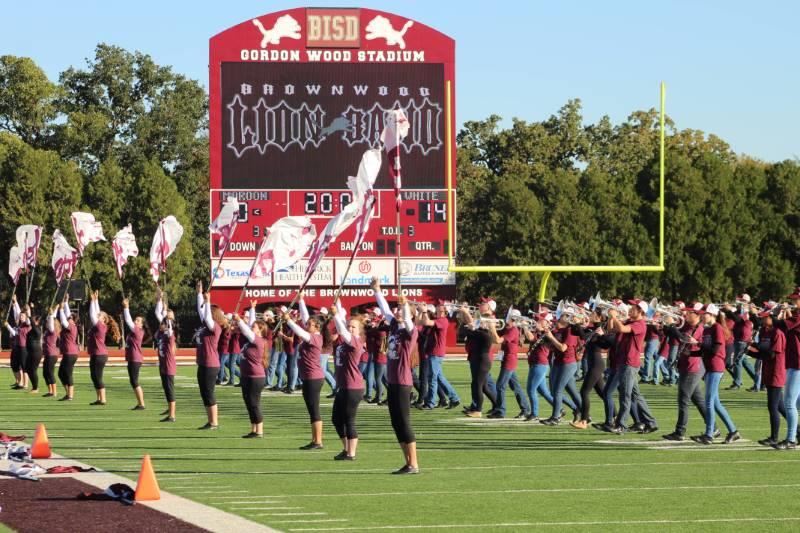 Above: The BHS Band performs during halftime. 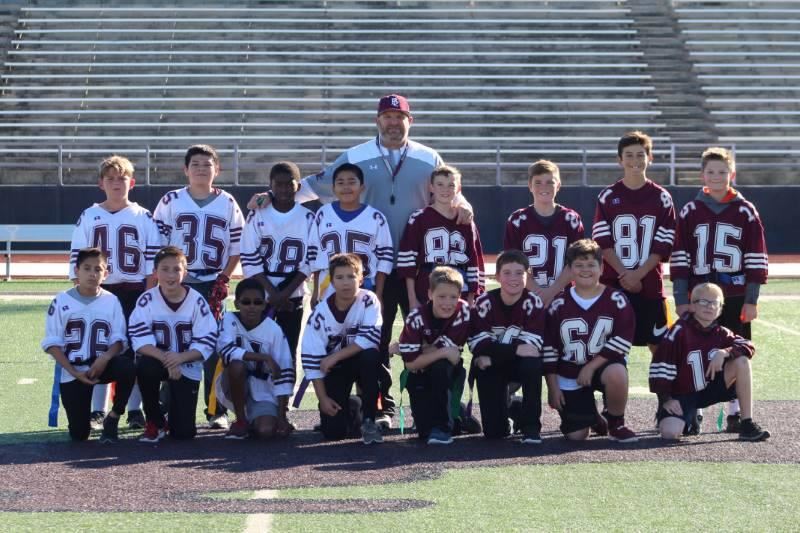 Above: Both teams pose for a combined photo with Coach Brown after the game.