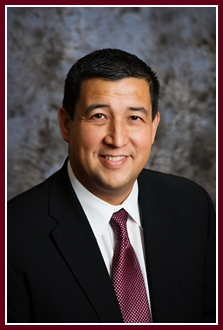 Dr. Hector Martinez has worked in education since 1999. He began at Brownwood ISD as the Executive Director of Human Resources and Operations on July 11, 2016.  In January of 2017, Dr. Martinez became the Brownwood ISD Assistant Superintendent. He received his doctorate in Educational Leadership from the University of Texas at Austin, his master’s degree in Educational Leadership and bachelor’s degree in Business Administration from Tarleton State University.  Dr. Martinez began his career as a business/technology teacher at Brady High School in Brady, Texas.  He also served as an assistant principal and principal of Brady High School from 2003 to 2012.  Following his time at Brady ISD, Dr. Martinez moved to Taylor ISD where he served as the principal of Taylor Middle School from 2012 to 2016, until moving to Brownwood ISD.  Dr. Martinez is currently a member of Texas Association of School Administrators and The Texas Association of Secondary School Principals.

Dr. Martinez has three children, Andre, 9, Lana, 4 and Kai, 1 and has been married for 15 years to his wife, Blanca, who works as a Counselor at Brownwood High School.