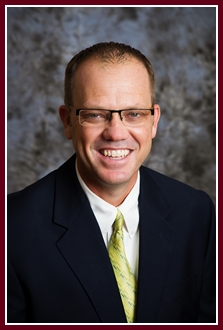 Mr. Moore graduated from Brownwood High School in 1986. He received his BBA degree in Accounting from Abilene Christian
University in 1990 and a Master of Education degree in Administration from Tarleton State University in 2002. He spent five years working as an accountant in private industry before moving to Brownwood in 1995 to work in education as a math teacher and coach. He has 24 years experience as an educator. He is beginning his sixth year as Principal.

He has been married to his wife, Julie, for 29 years and they have 3 grown children. His two daughters are married and are both elementary teachers.  His son will be a Junior at Pepperdine University in Malibu, California.